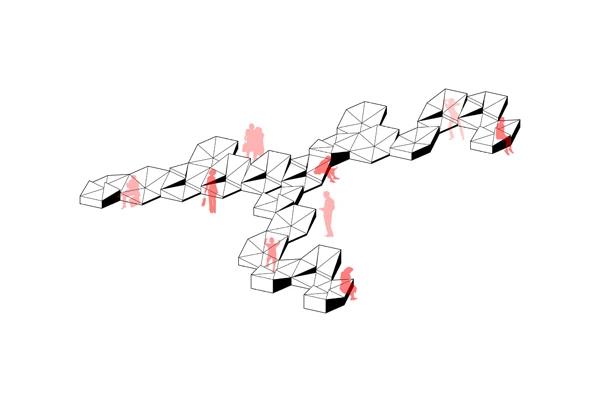 Boston is one of the most visited cities in the United States. As such, it has generated pedestrian trails that guide tourists throughout the historic points in Boston. Although the West End neighborhood lies within downtown Boston, it finds itself isolated form the rest of the neighborhoods. Its boundaries are clearly demarcated between Cambridge St, Government Center, and the I-93 highway. Our strategy is to create a pavilion and street furniture that can reach people in other neighborhoods as well as tourist.

The strategy is to make an active landscape field on the site with piece-meals of street furniture that will be sponsored by organizations and resident for a one month cultural event. After the event, the piece-meals will be displaced around major public spaces in Boston so that people can recognize the West End Museum and its neighborhood without actually coming to West End.