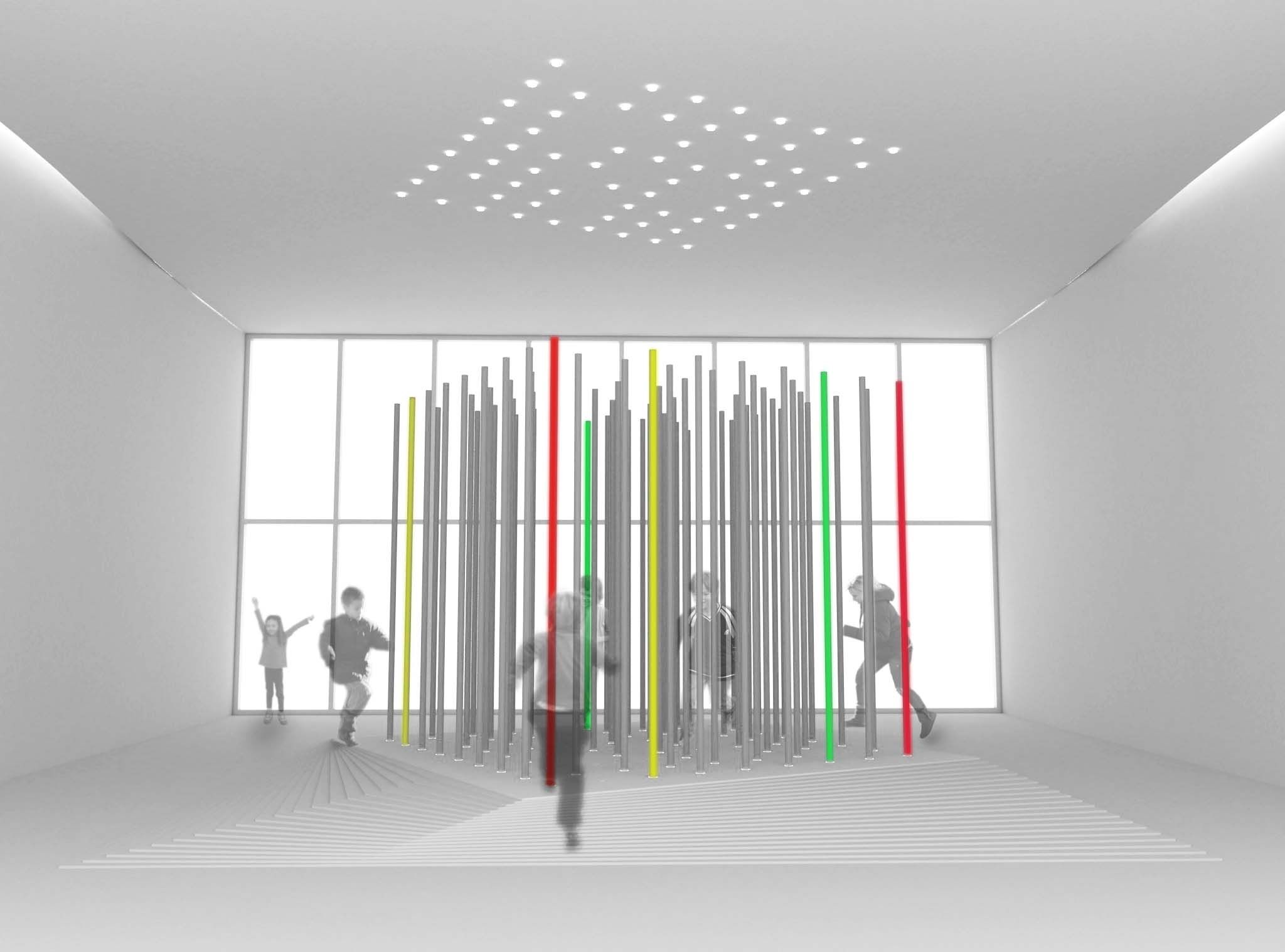 Urban Forest is an instalation project that interacts with people. People can shuffle around pipes to make different figure, sound, and lights. Especially, the instalation can also be used as an educational purpose for young kids to learn about sound and light as well as to have spatial experience by play with the life scale toy.

The idea of the project started from a question about how public can interact with urban furniture as part of an urban event. Instead of using the furniture as a static piece, we decided to create an ever changing space that allowed personal modifications by the user. We decide to involve elements of light and sound so that the piece would motivate a playful attitude. We decided to create a piece that generated an “urban playground”.

We created a field 3m x 3m, with a grid of rods every 30 cm in each axis. This generates a forest-like atmosphere that can be reconfigured.