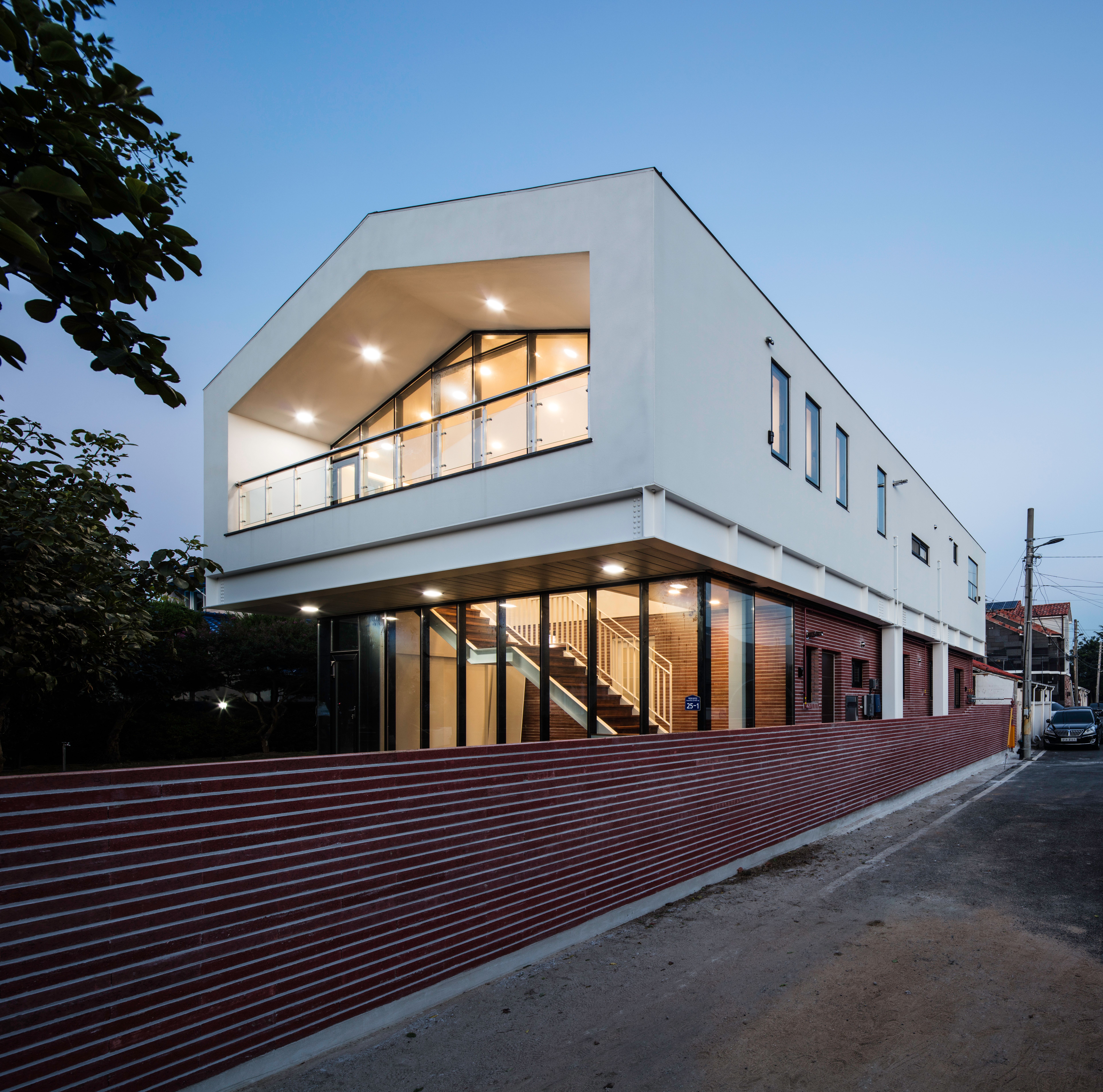 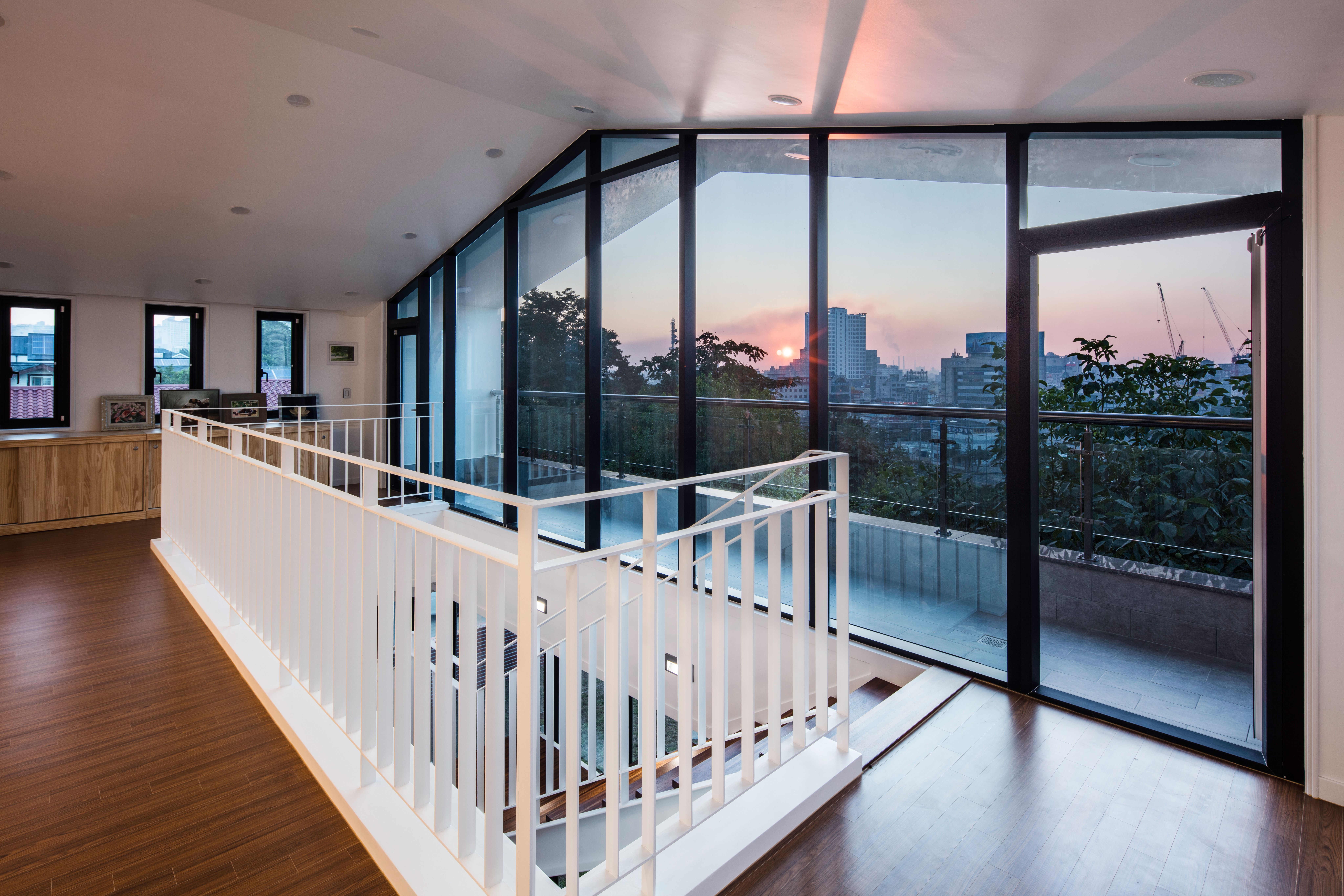 Located in Pohang, an industrial city in South Korea well known as the hometown of Posco, a global steel company. The original house is located in a neighborhood where Posco built single family houses as the residences for its employees in the 1980s. They provided a brick house prototypical design as the model for this town, many of which have been recently replaced for newer and bigger houses.

Since the original brick house has been the client’s home for over a decade, the strategy for a new extension is to keep the original house as is, while building a new structural system that can support a vertical extension. The challenge was to provide minimum support on the ground so that the new support only has a minimum intervention with the fragile original brick home at ground level. To address this challenge, a structural table was conceptualized as floating over the old house, and having a minimum numbers of columns situated in the middle zone of the existing house so as to leave the original conditions as pristine as possible. The rest of the structure is cantilevered, holding the new extension on the second floor, which resembles yoga pose Tuladandasana, or Warrior III.

As the client wants to use the new extension on the second floor as a guest house as well as social space, a large common space is designed to provide various types of social events, such as workshops, receptions, or dinners. At the same time, a skylight zone is designed with the implementation of a translucent curtain where one person or a small group can gather for quality time. This retractable curtain can be fully opened, closed, half-opened, or quarter-closed, depending on use and needs, and this also forms a different spatial zone of the social space.

Though its structural move may seem radical, to introduce a table that can hold a new form to sit on top without compromising the existing building below, the overall form of the building follows the roofline of the old house and other houses in the neighborhood in order to be contextual in the neighborhood.