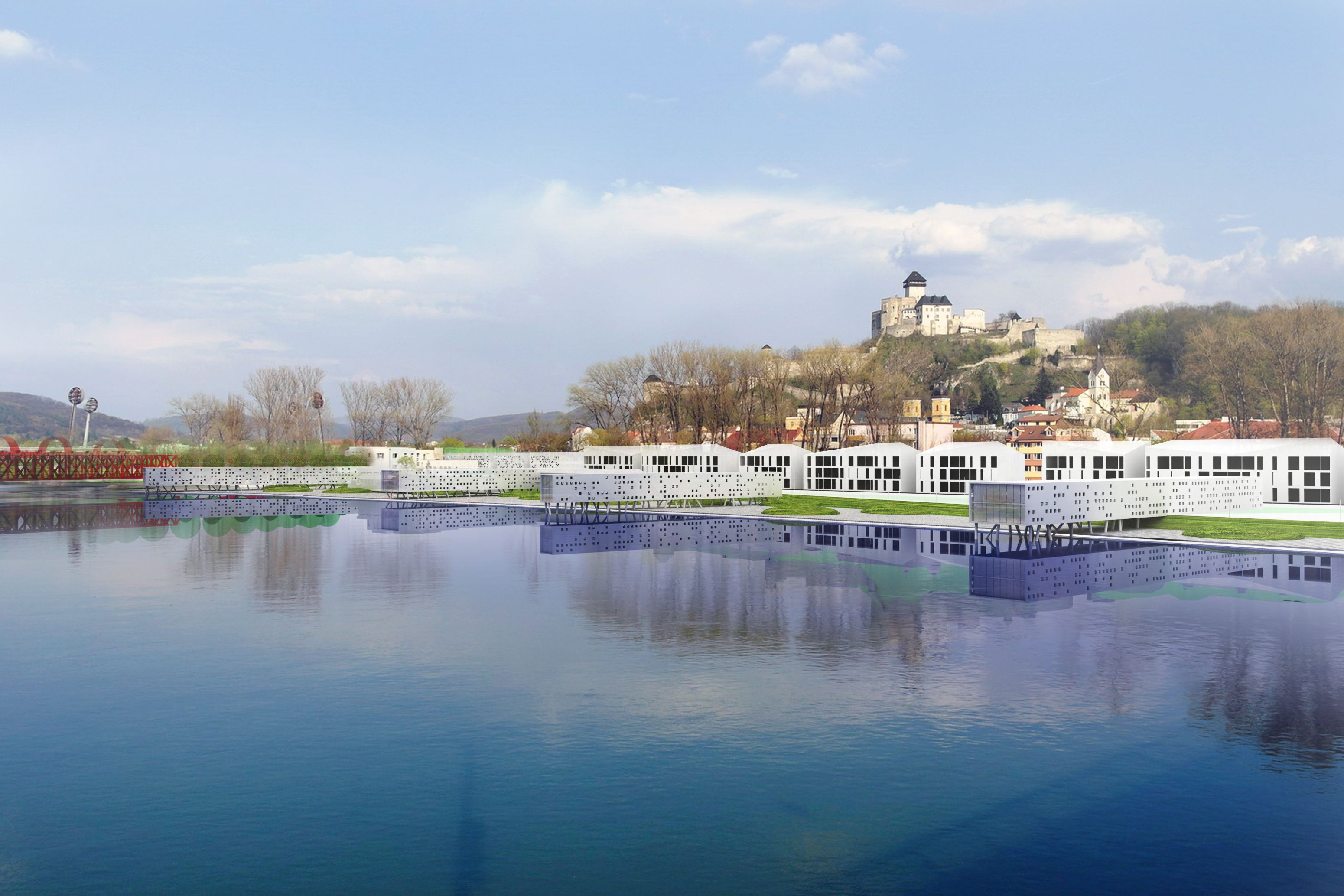 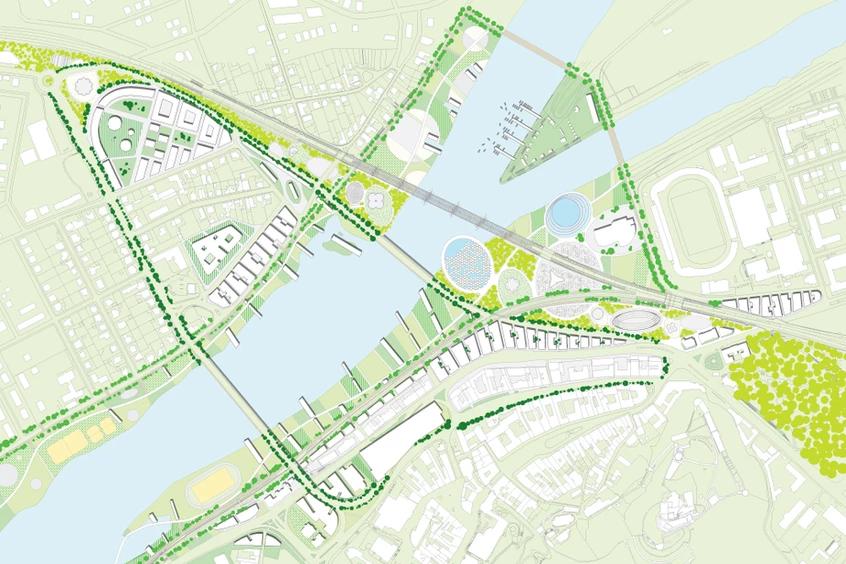 ​The main intent behind Trencin's Urban Intervention is to let the city grow gradually, with a more sustainable approach for the next 50 years. Though the city of Trencin is relatively small in size and population, it still thrives in culture and character. The city is not just relying on its historic heritages, but it is proactively launching new industries that can help the city grow, attract more investment, keep the young population from leaving, and provide a better environment for its future generations.

Based on these intentions, the Trencin Urban Intervention introduces a “multi-core” structure in the city in order to promote a more dynamic growth. Instead of focusing on a single part of a city, the multi-core structure lets the city intensify different districts with distinguishing characters.

In the wider context, we have identified two potential areas that can be developed as new cores for the city with the aim at attracting new investment, and promoting education. These two factors will help the city grow by bringing in new industries, investing on its human capital, and providing a desired level of metropolitanism for its residents. These two cores are a Temporary Core, and a Cultural Core. By “Temporary Core” we mean, introducing program into the city that creates a constant influx of visitors. For these we propose developing around the airport area as a convention center hub. These attracts businesses, construction, and new visitors. The city can build upon its current festivals, theme park attractions, and retail centers to concentrate this area. The second core would be a “Cultural Core” that promotes education in the city by providing programs such as a new “Free University,” a city library, galleries, museums, and cultural venues for theater, and music. These can be concentrated more towards the center of the city. The free-University can provide learning facilities that can use free online courses from universities from around the world. This would create a nucleus of learning for all ages.