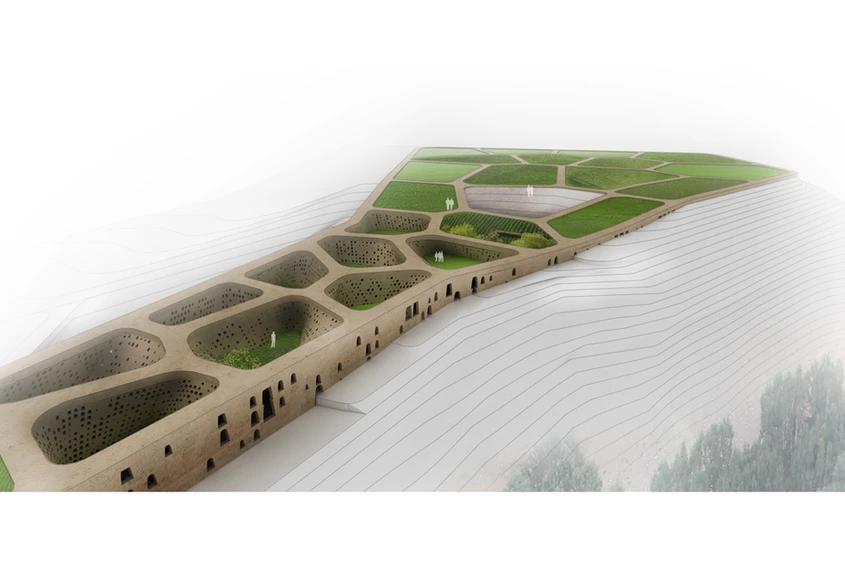 The site of the Bamiyan Cultural Centre is located on the plateau of Bamiyan where you can look over the region including the Buddha cliff. As most of vernacular architectures of the region, no matter whether they are carved out caves or built-up clay Pakhsa housings, the cultural centre should be dissolved into the scene. Instead of making outstanding building, the Bamiyan Plateau tries to dissolve itself to the landscape of the context and expands the level of the existing plateau. Therefore, upper level of the plateau (+2455.00m) is extended to the area of +2445.00m level, and most of programs of the cultural centre are located under the +2455.00m level.

Borrowing from construction method of vernacular architecture in Afghanistan, the Bamiyan Plateau makes the solid program space by carving out voids. Pakhsa housing has a close relationship between building and courtyard , and shows how walls are used to form the boundaries. the Bamiyan Plateau also has one to one relationship between solid program and void courtyard, and “carving out” method is used to create these voids.