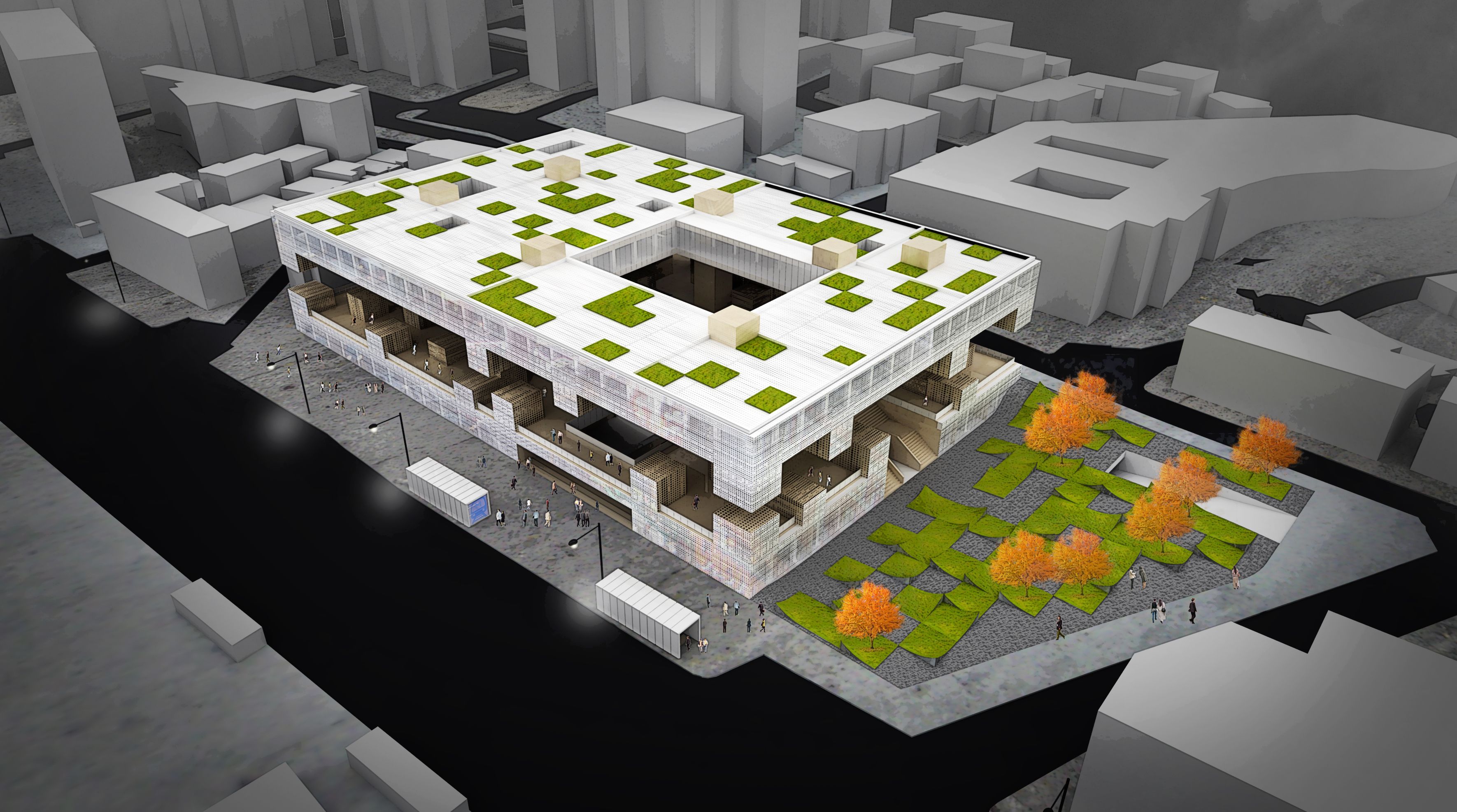 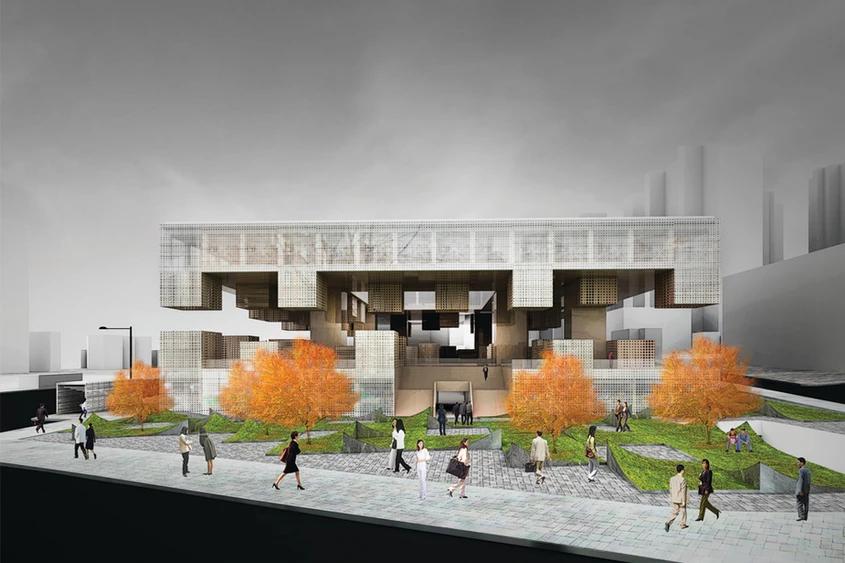 Space (Salim) Ship is a new destination of the neighborhood. Instead of putting all the programs inside, the project puts makers stores on the surface space that is created by splitting the mass into two and lifting up the upper mass. The surface meets the level of the street behind and has access to the plaza and the courtyard so that the accessibility to the surface level, which we call it as Salim Marketplace, gets increased.​​

In this way, we could create an outdoor, but covered, marketplace as we see in an old market in Seoul, where various activities more than just shopping activity can happen. This third space will work as a new type of urban space in the neighborhood where no specific activity is designated.