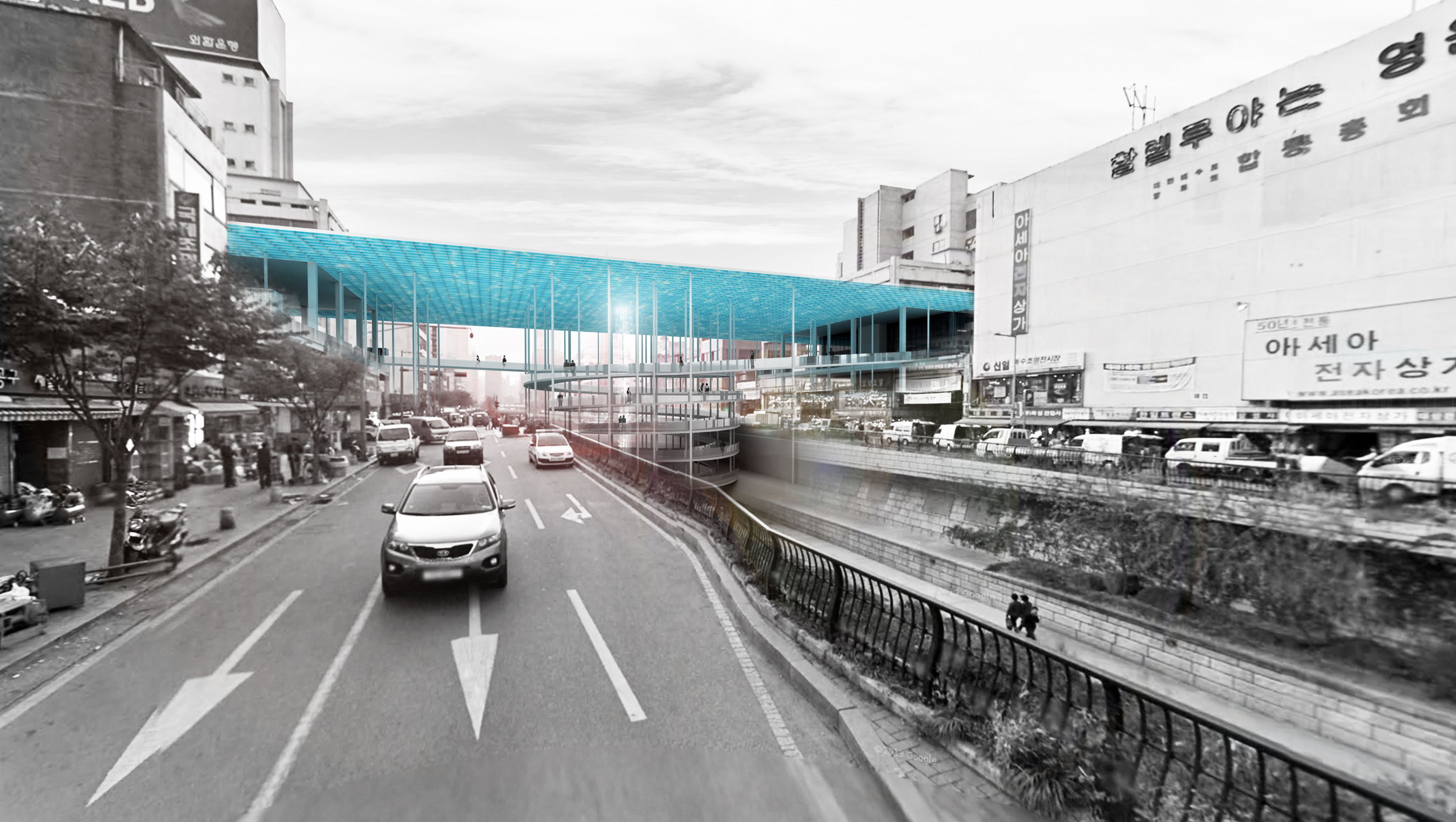 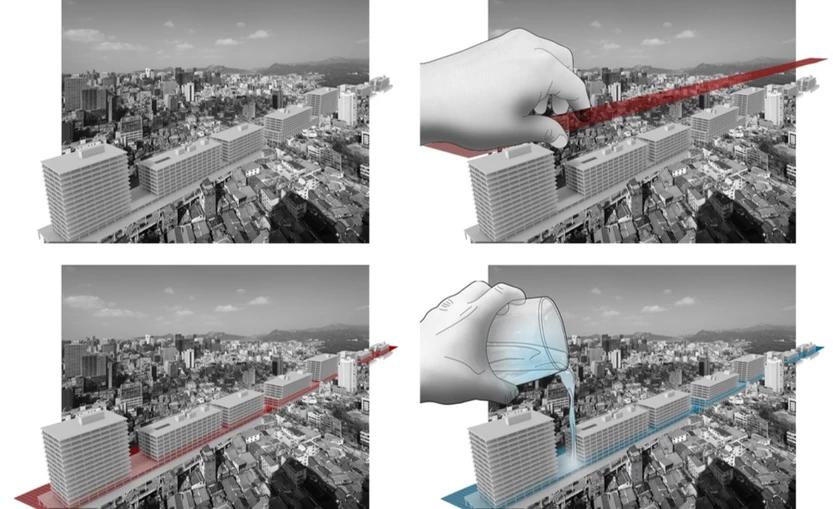 Originally Seun Sangga was developed with the concept of connecting two major green areas of the city; Jongmyo and Namsan. Almost 1 km long mega-structure was built cutting through the city North and South with expectation of pedestrian connections between two green areas that is vertically separated from vehicle circulation on the ground level. Though its original intentions, the mega-structure building has been a problematic architecture in the city. And as time passed, Seun Sangga lost its character as being a mega-structure for urban connection and has become separated individual buildings that house small retails, commercials and offices, including some remaining residential units.

Therefore, the first idea that we propose is to re-give urban character of Seun Sangga. Currently, the heavy concrete structure is not inviting people to the sky walk well. So, we propose glass canopy along the whole sky walk, including crossings over the streets, so that it can give new materiality to the building as well as to the neighborhood. Along with the new material, water feature is integrated to the canopy so that the original concept of connecting two nature areas can be enhanced with the connector that contains natural element water. This will create a micro climate of the sky walk so that people can fee the unique atmosphere of the sky walk that cannot be experienced in other parts of the city.