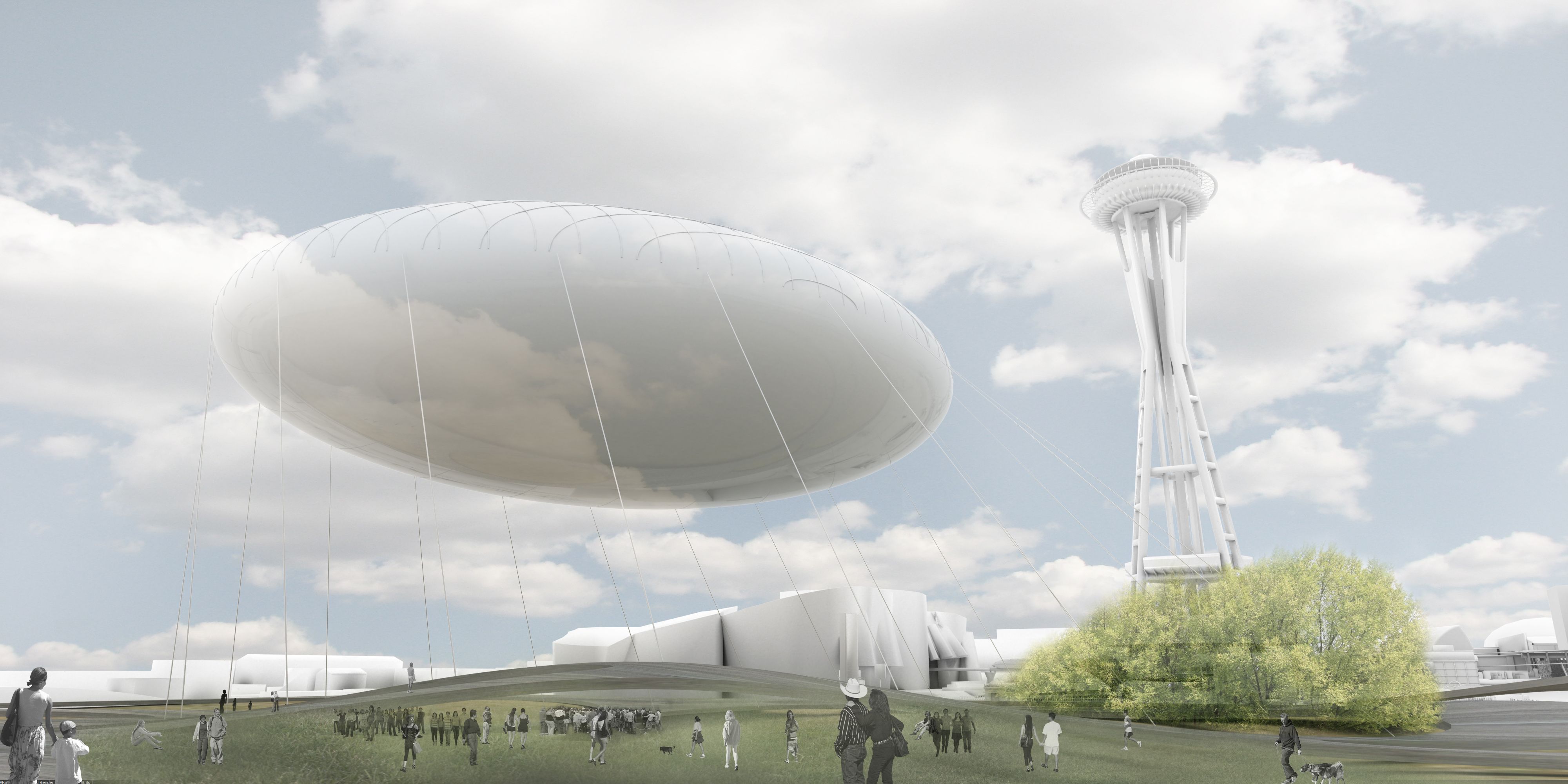 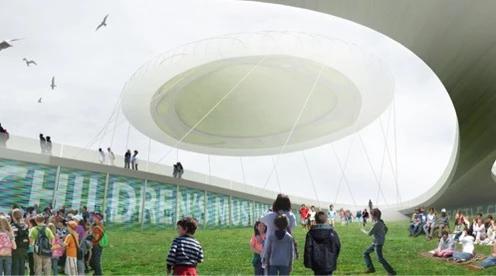 Because of its previous use, the site discontinues the scale of surrounding blocks. To scale it down to human scale, similar to the general grid of Seattle, we introduced a new pattern onto the site. The logic of the pattern follows the access points from other parts of public facilities around the site. Therefore, the pattern for pedestrian passage is not only down scaling the site but also improving accessibility to the site so that more publics can experience the park without any purpose for visit.

And to extend the logic of surrounding fabric, not only multiple access points are introduced but also scale and circular patterns of South Fountain Lawn and International Fountain are repeated and manipulated in the proposed park. This is a way of dialog how the park can absorb the existing cultures and strengthen them.

Lastly, the Jelly Bean is proposed as another way of the dialog. The Jelly Bean is a floating object that generates various interactions between park visitors, publics at Center Core and communities in distance. It is a device that can control micro level climate, and thus, depends on the weather or public demand, it can create fog, cloud, rain and sun shine effect. Also, the bean will function as reflecting object in day times so that people can see other parts of the city from the park, while it can be used as projection screen at night so that it can create a new way of urban activities in the city by providing a public event.