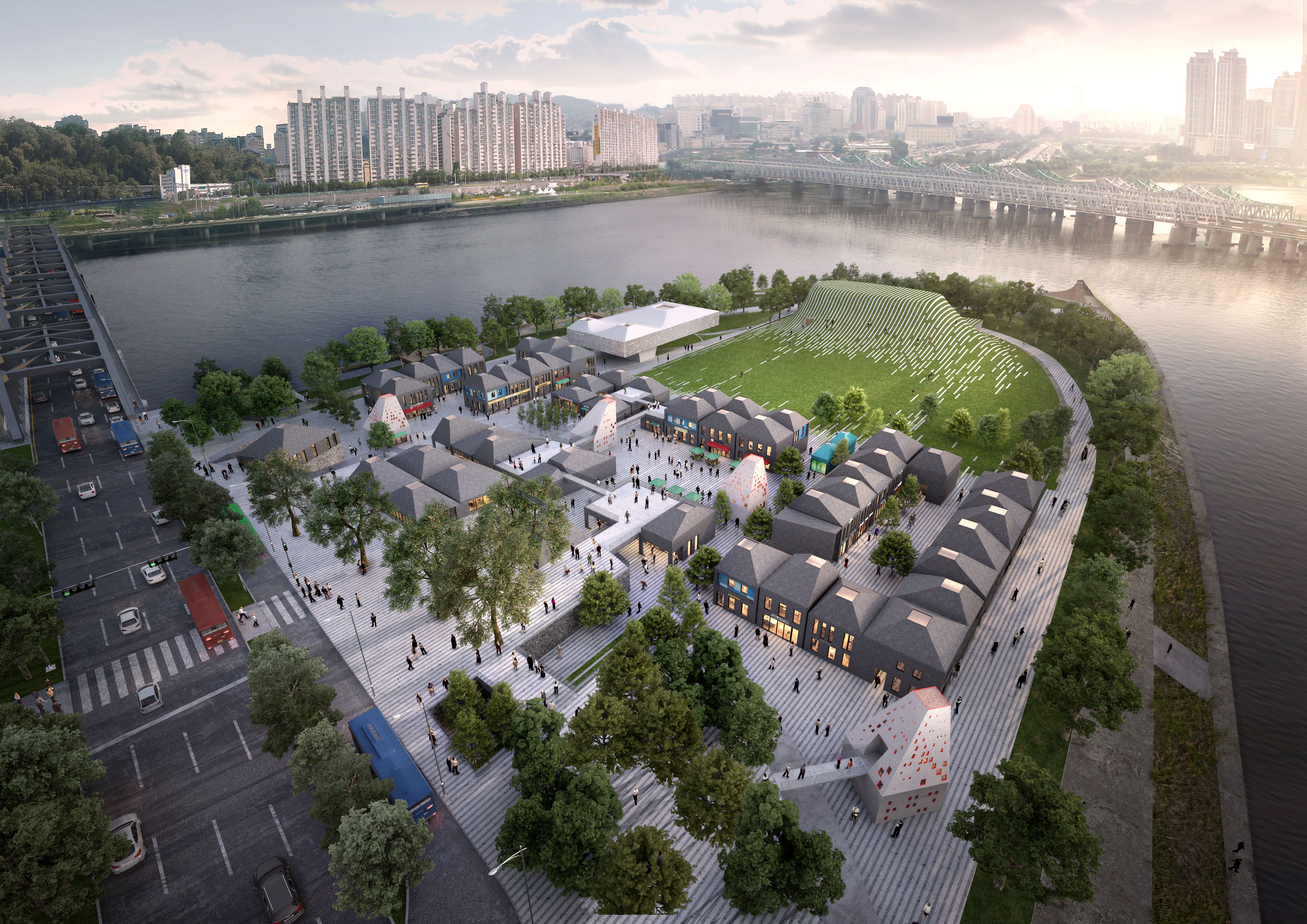 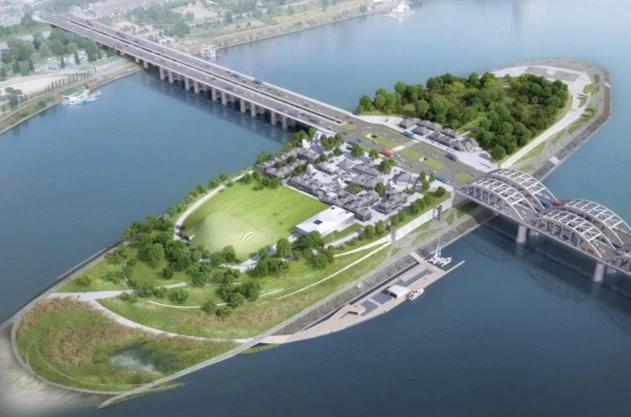 Not just another historic landmark but more than an evolving placemark, Nodeul Island is the impending icon of dream and music that is designed, programmed, and operated by the people of Seoul.

Hundred years ago, located near a beloved wooden pier, a small village, Shincho-ri was the place where many people from Seoul visit to come and go to South of Han River.

Thereafter, with Korean War and a series of Han River development projects, this village has been Nodeul Island, an isolated land with no man.

Now as its unceasing changes in history, this island is being asked for another change. Hence, This project Nodeul Village seeks to become an evolving placemark that incubates cultural diversity, interaction, and next-step changes of the place, best celebrating the value of the historic vestiges imprinted across the island with multiple layers.

By introducing open-ended structural and spatial system with minimum ecological intervention, this project highlights hidden aspects of the past and the future of Nodeul Island at the same time.

Nodeul Village is the starting point of turning a land into the place that has cultural and ecological resilience preserving its inherent geological, geographical characteristics, which will resonate with other upcoming projects over the country beyond the project region.