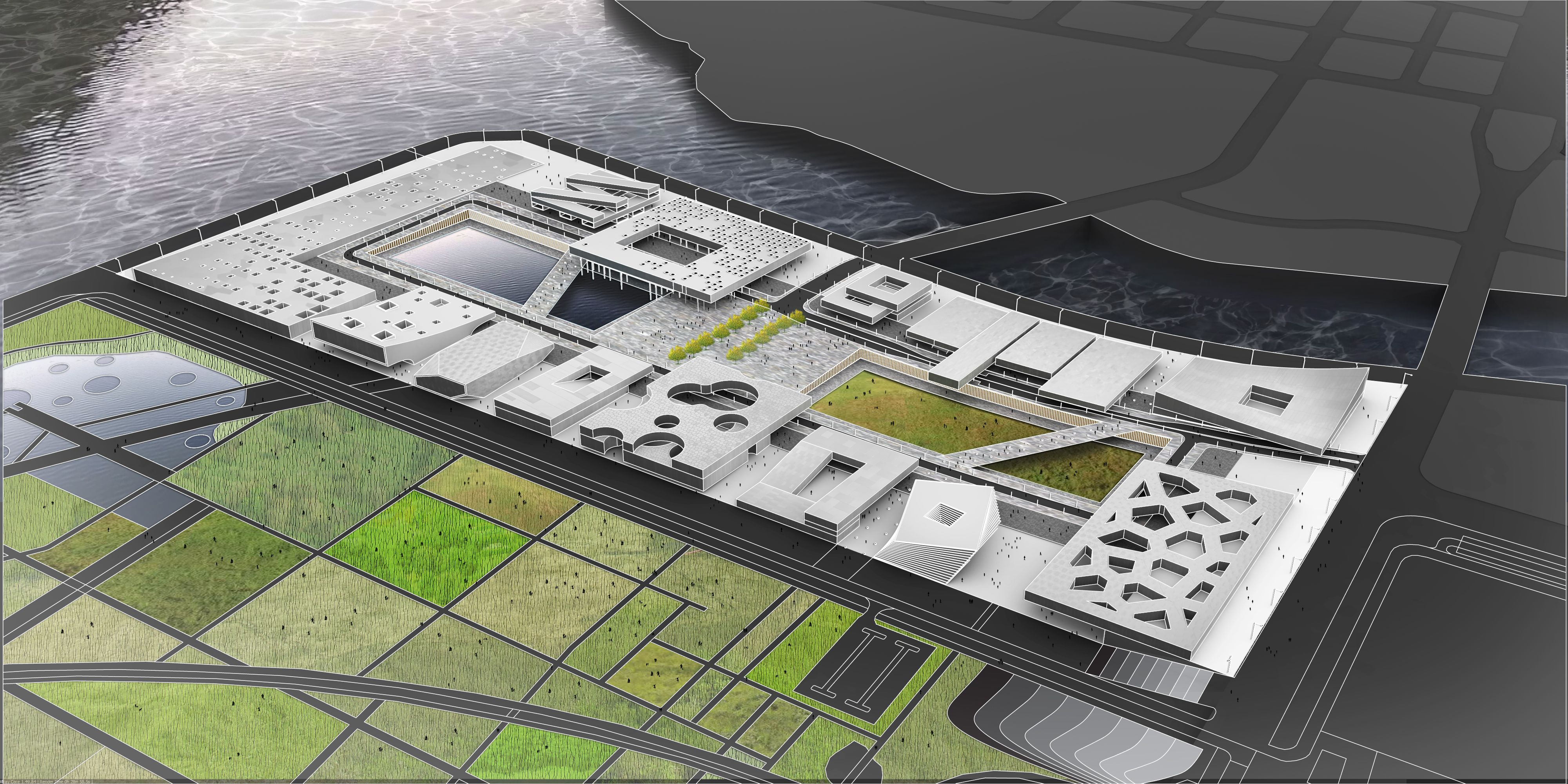 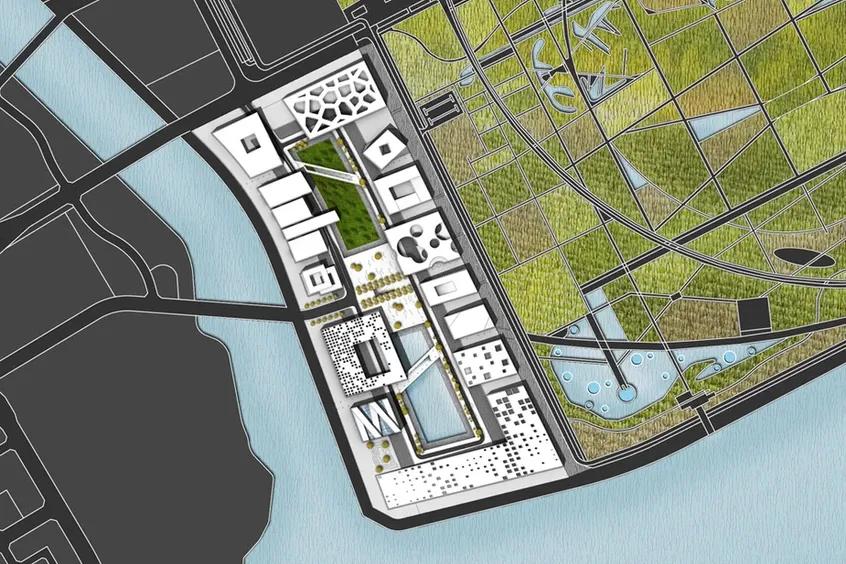 National Museum Complex Ring intends to provide urbanity within rural setting. The site is on the other side of the river from the city center and is the threshold before entering to the park zone. Therefore, the site has its unique character in itself, and the NMCR will enhance its role as the threshold.

Instead of having dozen of symbolic museums, NMCR rather provides more gentle and low key museums that can form urban spaces. Which means that, museums in the master plan have an average 1.5 story high, instead of three to four story high, volumes so that they can be stretched out more horizontally to create urbanity through series of urban spaces in between. The NMCR creates a ring that defines the site boundary which at the same time creates courtyards in the middle as a result. Two sunken courtyards are proposed to provide unique urban spaces that cannot be found in the Central Park right next to it, and they have direct access to underground archives which gives various ways of exhibitions.

The whole terrain slopes down from the West, 0.0 meter level, to the East, -9.0 meter level, so that there is no cliff between the NMCR site and the Central Park. This allows visitors to have easier flow between the two areas, and in the end, the NMCR can be conceived as part of the large park zone.