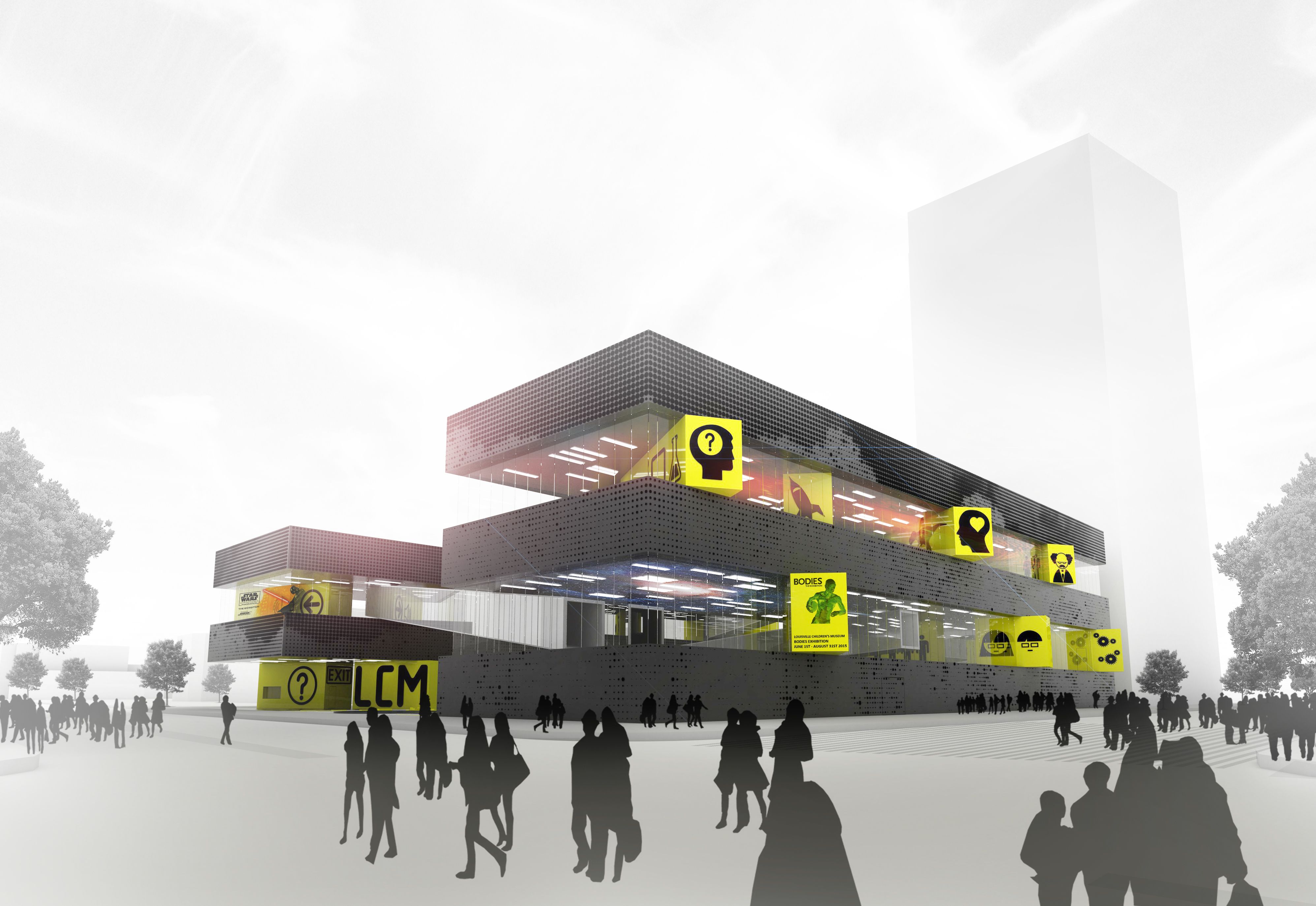 In order to attract more people to the downtown area of Louisville, we conceptualizing the Children's Museum not only as a museum, but also as a series of Urban Spaces that creates a “Cultural Campus.” These open spaces are created by the massing of each site, in order to enforce a continuous link between the Hi-Tech start-up incubator, Public Library, and Children's Museum. The museum program mass is split into two buildings, creating an open public space in between. This new urban space becomes an anchor point that gravitates public access from the library on the south and from the park on the south-east side. A series of circulation bridges not only structures potential exhibition spaces in the museum, but creates a visual and spatial interactions between the museum program, and open public space. Six bridges loosely defines the public space in the middle so that the space can provide a unique atmosphere different from the park on the south-east side. Yellow boxes in between black-horizontal bars, function as structural element as well as black box programmatic elements. These boxes have interactive facades that will indicate exhibition programs so that people from outside can also see what is happening inside of the museum. The mass of the Hi-Tech building floats partially over another plaza joining the park site. This significant massing strategy allows for an interaction to occur between people working in the building as well as visitors to the museum, creating a cultural mixing for all ages.