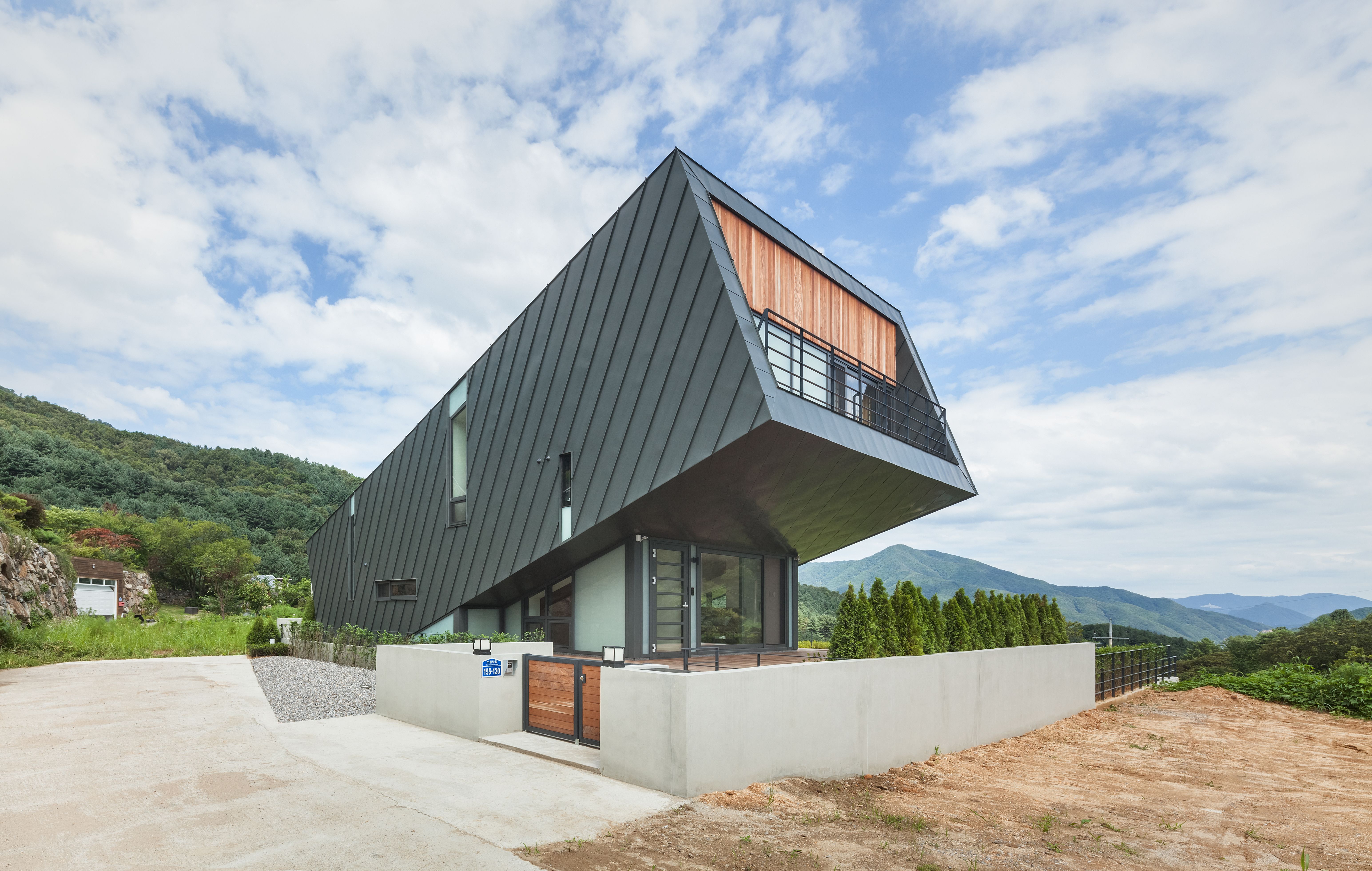 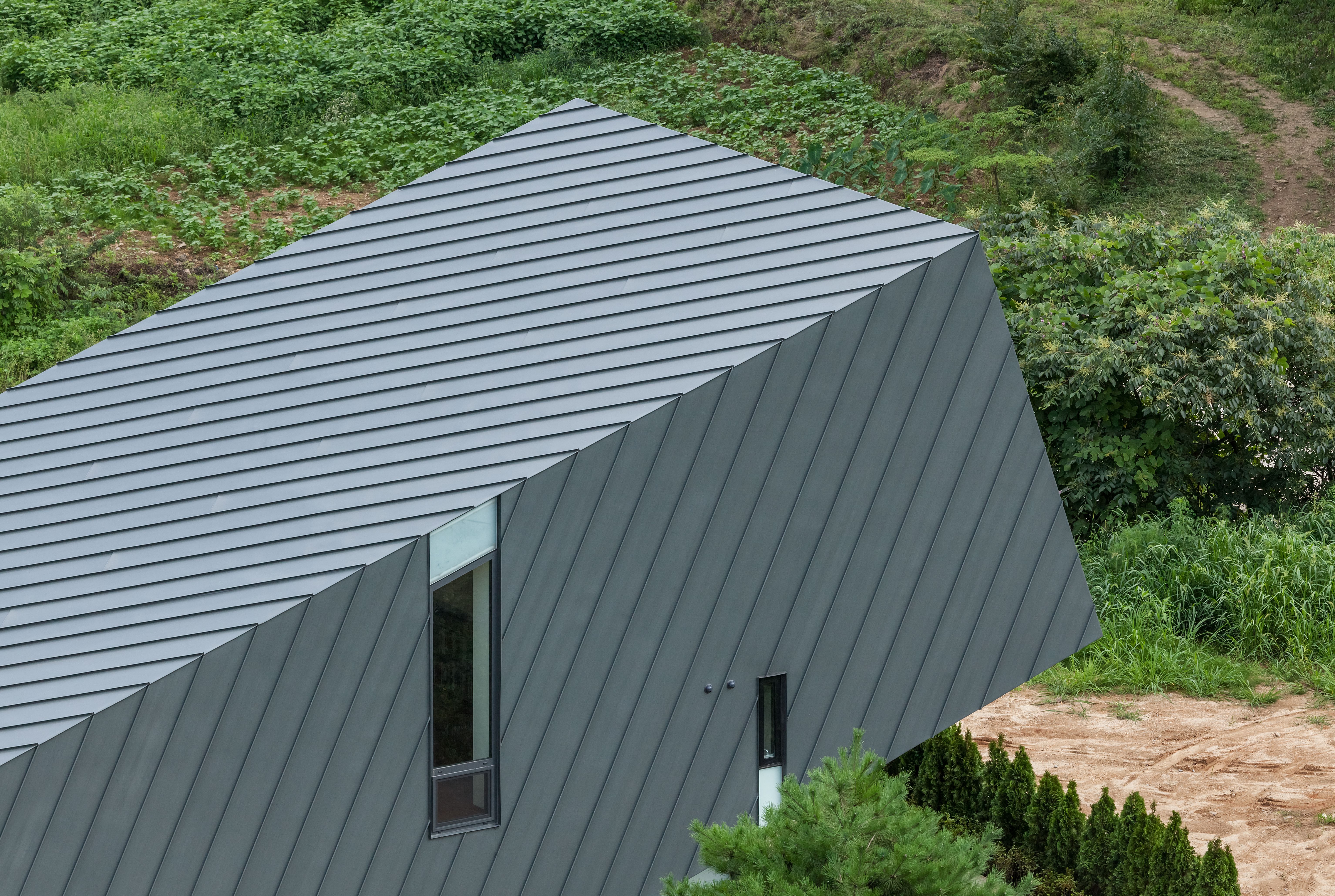 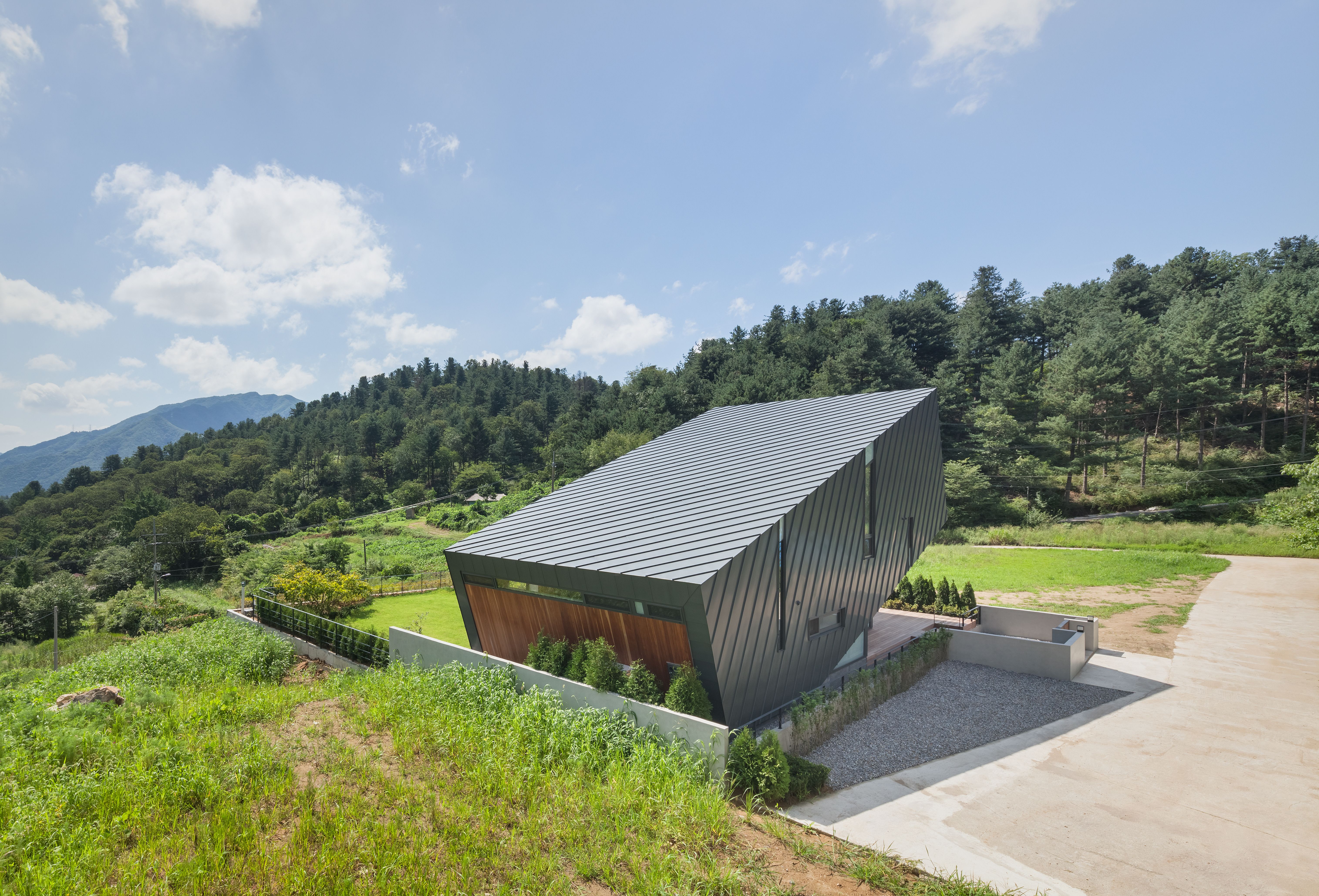 In the Leaning House, instead of putting a separate structure to the mass, the form of massing works as a structural system. The “Leaning Box” has a frame structure at the envelope of the box, and is supported by the vertical “Glass Box” so that it can eliminate redundant structural element.

By lifting up the program box, a new space “Third Space” is gained. The original requirement from the client was to have bedroom, reading room and living room, and with having the third space, it was able to put a new living room inside and terrace on the outside.

The “Third Space” provides more gradation for the house. The outside terrace is not fully public yet not fully private space either. Also, inside living room is also a semi-public area within the house before getting into more private area. This variation in gradation gives deeper spatial quality in a small house project.

It is extremely important in the Leaning House to have the reading of the “box.” In many cases, including projects with Modernism, envelops are treated separate, and therefore, the facade has one design and material, and the roof has another. However, to challenge the convention, the Leaning House treats all surfaces as part of one box and has same material throughout the surfaces with continuous pattern. Zinc is selected to wrap the whole box with a single material as it can be used for roof, siding and exterior ceiling. And continuous diagonal lines across the envelop enhances the reading of the box.