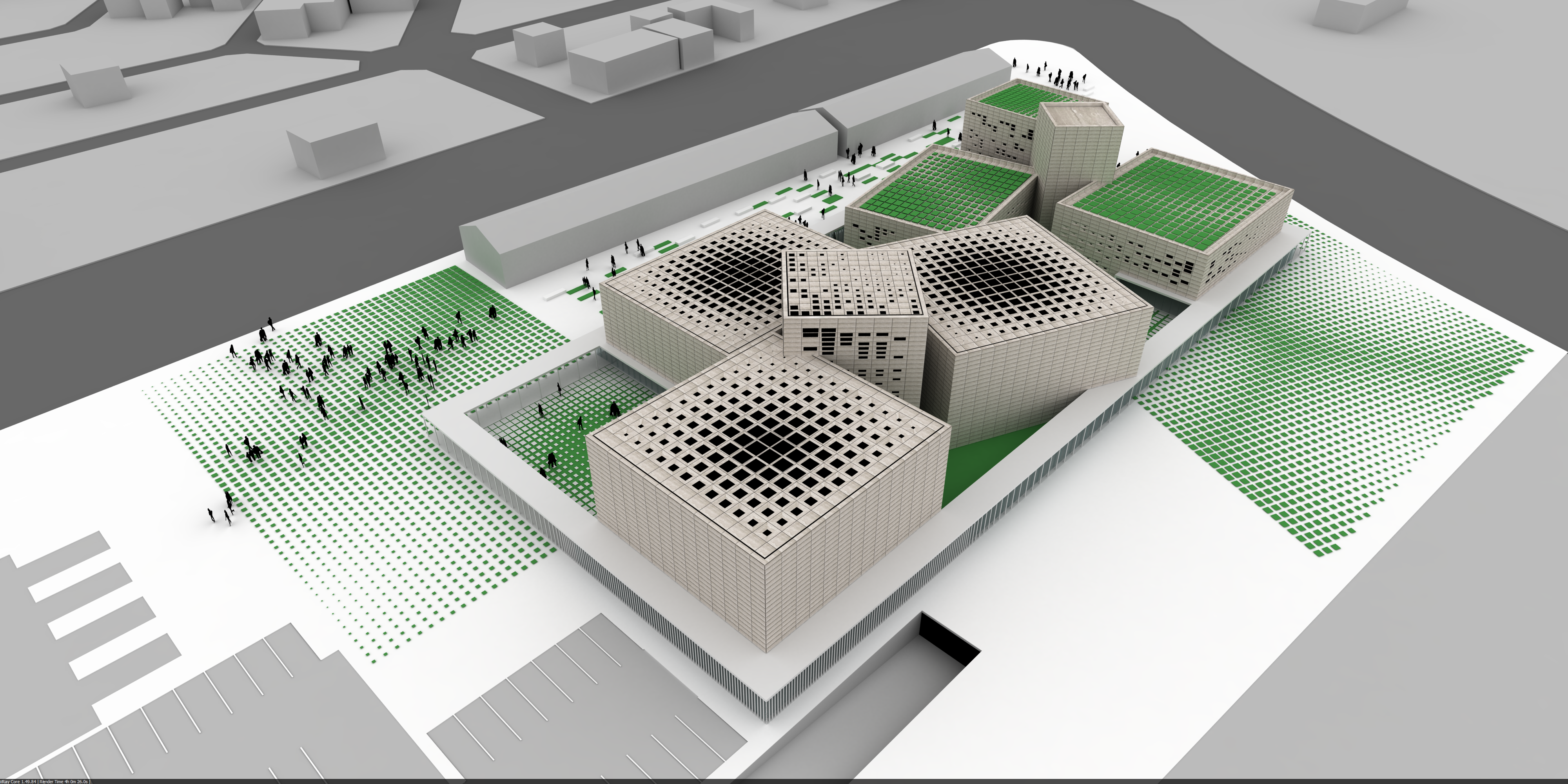 JMA challenges to provide an open museum for not only gallery visitors but also citizens of the region. Instead of having an iconic museum mass, JMA distributes program into several boxes so that there is no strong hierarchical space but democratic space. It will also influence the visitors experience by providing courtyard spaces in between.

The perimeter corridor idea comes from the "Heorang" in Korean traditional architecture where private and public boundaries are loosened. This is a space that can be used as circulation, at the same time, this is an element that divides spaces. But it still provides porosity so that the division does not become disconnection.