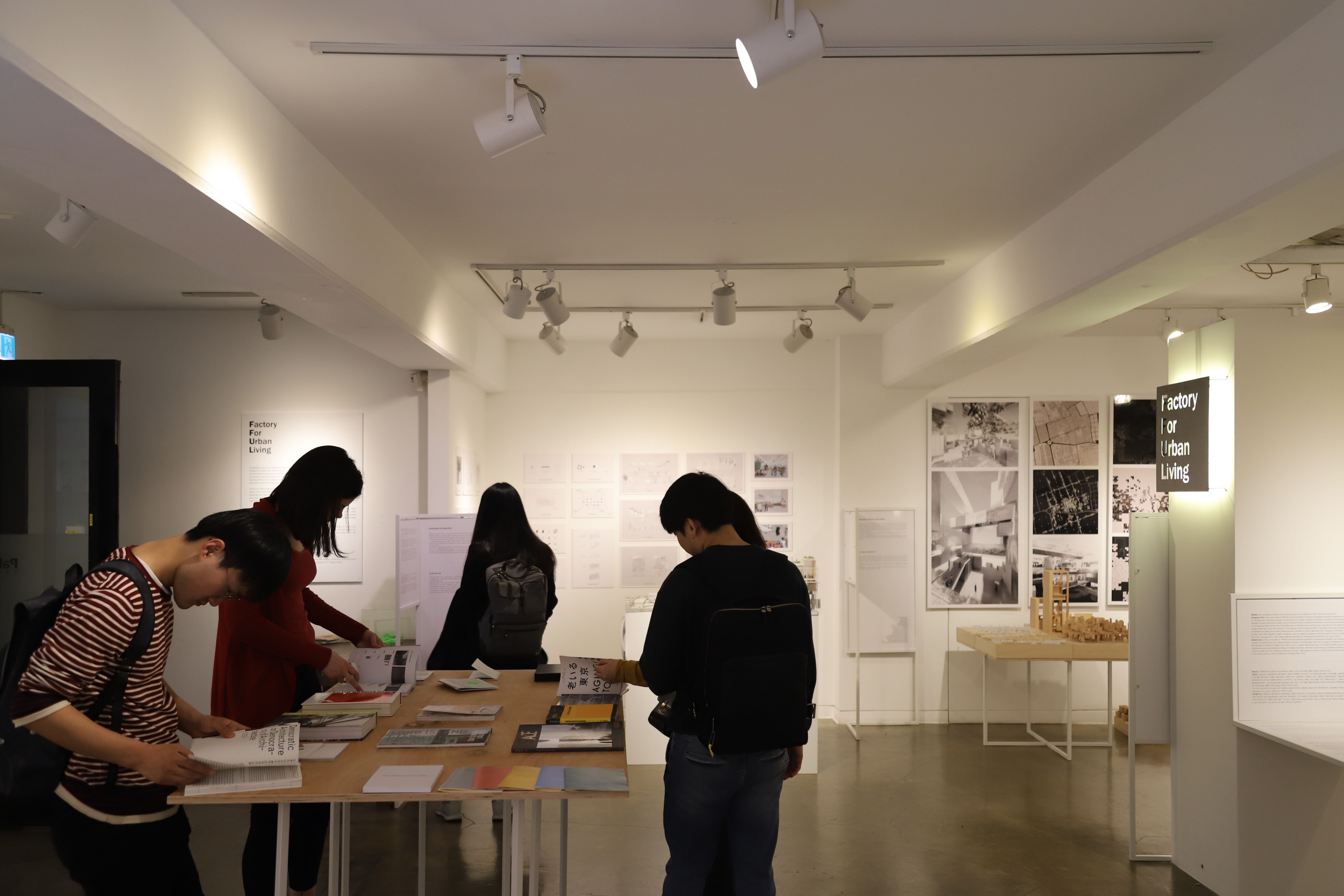 ​The objective of this Factory for Urban Living exhibition is to generate a discourse on “what would be the future typology of urban housing if it is mixed with industrial and productive uses?” Since industries are returning to cities it is important to tackle how this new wave of producers can be integrated into our cities, and furthermore not only into the districts but into building units. At the turn of twentieth century, when the Industrial Revolution led to urban development, architects, such as Tony Garnier and Le Corbusier, questioned the future of cities and urban living. If in fact another industrial revolution is emerging, it is crucial for architects of this generation to ask the same question as those in the past century.

The exhibition is to develop speculative projects on different sites in East Asian cities which have a different urban morphologies and needs relating to industrial growth and change. As we know, Asian cities, especially East Asian cities, have developed at an unprecedented pace. In fact, this fast pace of development has resulted in many negative side-effects in these cities, but at the same time, it is also true that the growth provided a good platform to test out new architectural and urban ideas. Perhaps, it is time to test out new housing typology in the cities that addresses a new urban production for the future.