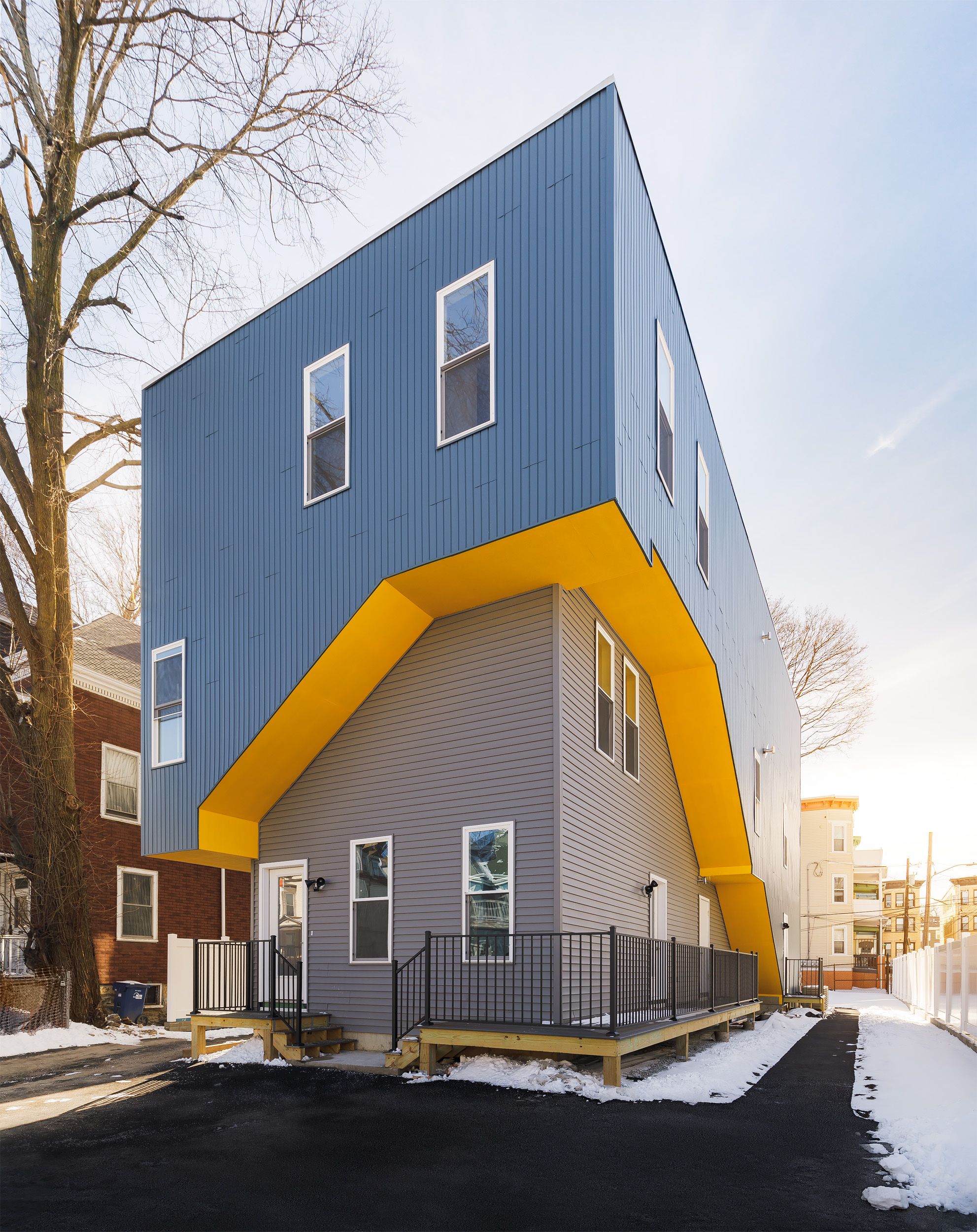 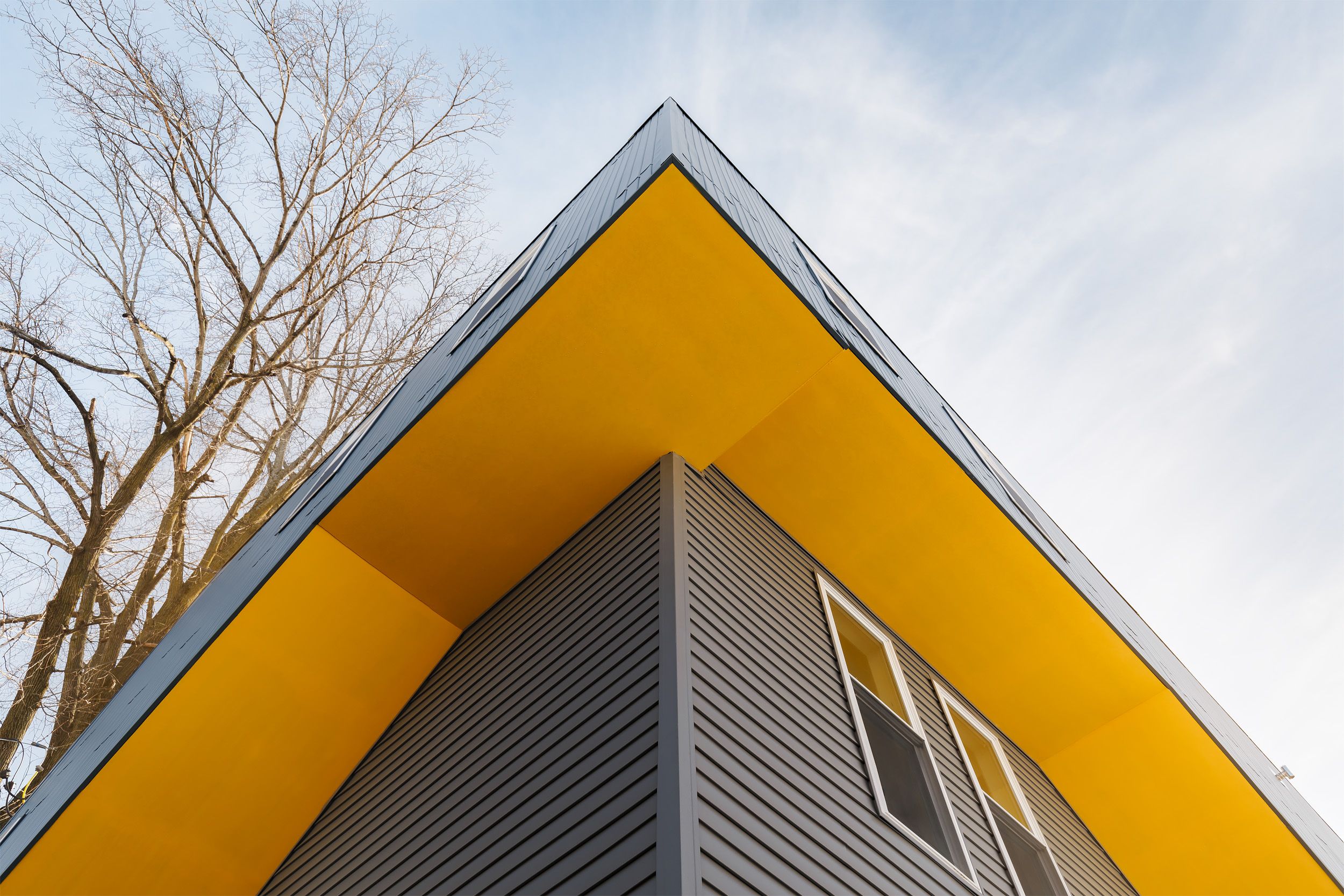 As the triple-decker is meant to be an affordable typology for middle-class households, in the new typology, it is important not to add extra elements that make variations increase construction cost. Thus, the egress stair, an indispensable element, is used to create variations in forms. By code, all multi-family houses shall have two means of egresses. However, this redundancy has lead to the design of the second egress be neglected as an apendix, often hidden in the back corner of the building, while residents often considering them as extra storage. If we use these two means of egress stairs more actively, depending on relative locations of the stairs, we can achieve almost unlimited variety of forms, while keeping construction cost the same as before.

In the EEgress House, two stairs are used actively to form the massing of the building. As both of them are used actively, it is possible to design the entrance sequence for each independent unit. The first floor unit has direct entry from the street level, while the second floor unit uses the first staircase as its main entrance with a double height entrance void on the second floor. The third floor unit uses another staircase as its main access so that its circulation is not interrupted by the second or first unit. It allows all the households to have an independent “way home” feeling.

The remaining negative space that is taken out from the mass by the egress stairs being expressed on the volume is used as the “third space” in the house. It is a semi-public space where tenants can occupy and interact with neighbors. This space is also formed and located differently depending on how two egress staircases are located in relationship to building and each other.

In short, the EEgress House proposes a simple typology that can be repeated with unlimited variations which eventually will shape a new cityscape for Boston and the New England region.