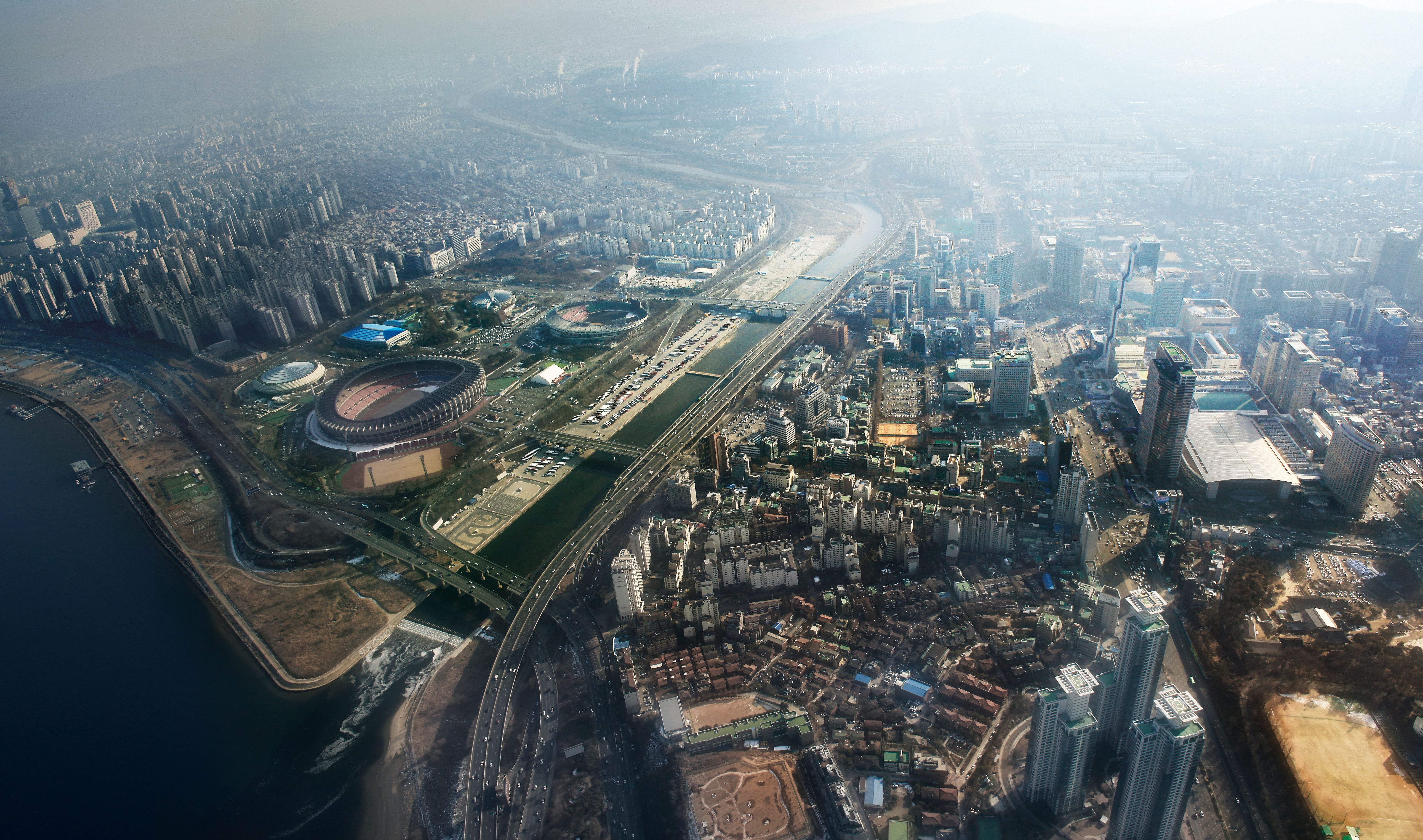 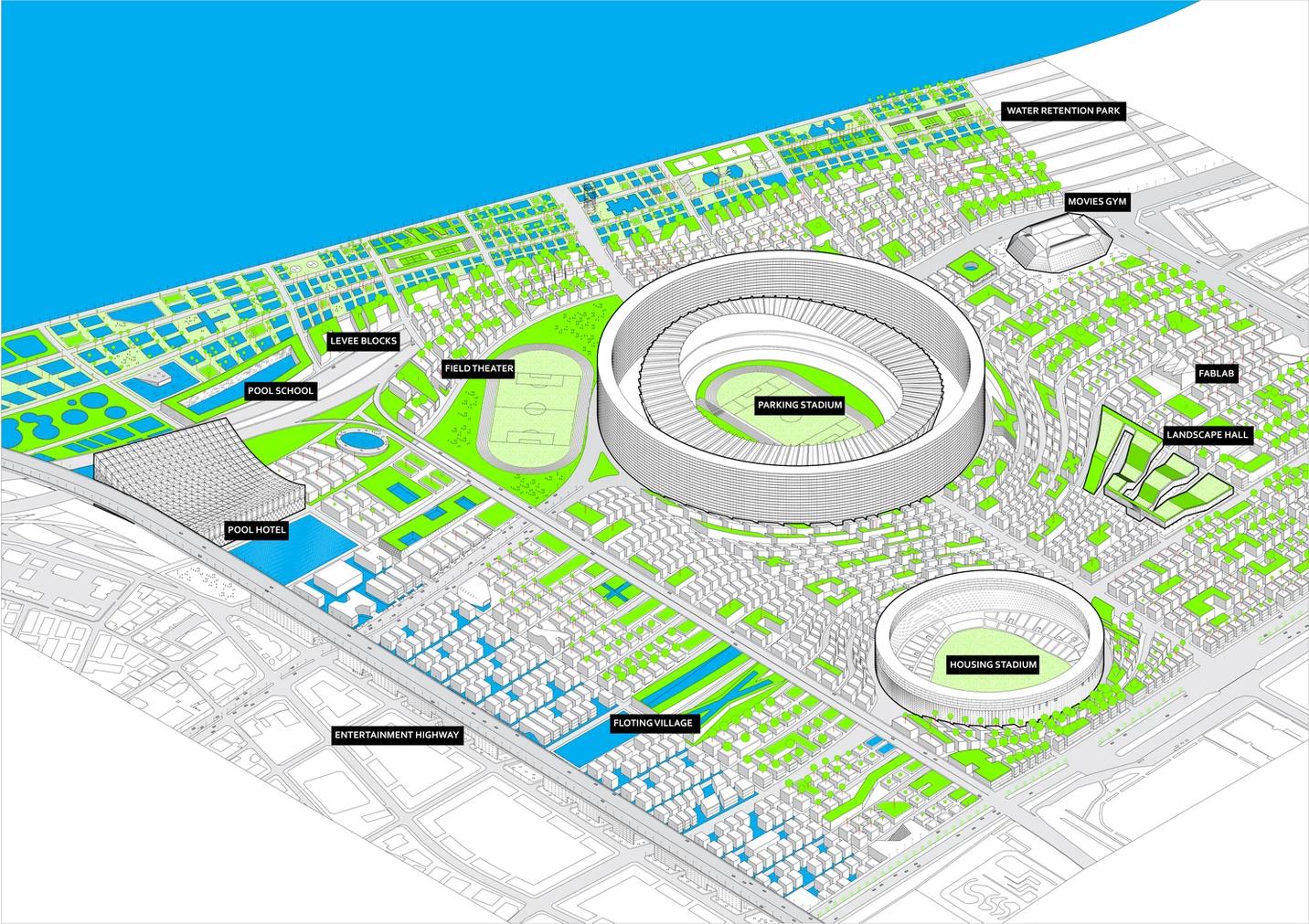 When we think of large scale facilities like sports stadiums, theaters, even halls, convention centers, concert halls, we often imagine the need for large sites dominated by parking lots. These buildings, in fact, serve as catalysts for the city, yet there's a paradox since these buildings are disconnected from the fabric by large scale sites filled with parking lots or vast open areas. In trying to produce an International Business District, the goal should be to use these large scale facilities as attractors, and incorporate them into the urban fabric in order to create a neighborhood that is active 24 hours.

Innovation business districts are created by allowing interaction between multiple parties. For interaction to occur there needs to be a diversity in users, including tourists, local residents of different age groups, businesses of different scales, and it needs to be integrated back into the city. For this reason we are proposing restitching the site to its surrounding neighborhoods with a new urban fabric that incorporates the large scale facilities as hybrid buildings that blend into the urban landscape.